How secure your data is may depend on the mobile you use. Much has been said about choosing the right mobile phone for the needs of each user. Most people seem to tend to Android or iOS operating systems. But which is the safest operating system when it comes to protection against malware?

The most common method of importing phone spying software is by sending an SMS, which contains the malware. When the message is opened by the users, their devices have just been hacked! Another method is to transfer the program over Bluetooth. This method is often used by people who are spying on their relatives such as husbands who think that their wives are cheating on them. Once installed, the program logs every activity of the device.

If the user wishes to do so, he can intercept calls, SMS messages, MMSs, e-mails and all the files that the phone sends and receives. The user can also activate the GPS location service and therefore is able to know the phone’s position on the map – at all times. The software also gives the user full control over the device.

In data protection, Apple (iOS) has made the big difference. The security level of their devices is much higher than the others’. Factors that enhance the security of iOS devices are that the user cannot unlock the bootloader. In addition, a powerful malware protection mechanism is pre-installed on the device.

Also, due to the strict inspections that Apple makes on app-store applications, viruses are extremely rare to exist. In the past, malware incidents had been reported inside the app store, but the company was able to detect, remove them and achieve secure mobile devices.

From the 100 malwares that hackers create, 97 are made for Android and just 3 for iPhone.

ICloud is one of the major security mechanisms of iOS devices. In addition to its ability to store data, it secures the files of our device with a lock code which, even the most experienced hackers can’t crack. Furthermore, this lock, is not only applied on the device. Apple’s servers are informed that the iPhone with the specific IMEI (International Mobile Equipment Identity) is locked. Thus, the owner can lock it at any time or even remotely delete everything. Even if someone bypasses this security mechanism, the only thing they can do is to format the device. This means completely erasing the device’s data without the possibility of data retrieval.

Apple, as a company seems to be really strict when it comes to cellphone spying even in extreme cases. A typical example was the investigation of the terrorist attack in San Bernardino. When asked by the authorities to unlock a device, the response was: “The government is asking us to hack our own users and ruin many years of work on mobile phone security. This has no precedent in any American company and carries a huge risk of future attacks.”

iOS devices may undoubtedly be more difficult to use, especially for people who have never used them before, but the security benefits provided are worth the minimum time it takes for the new user to get familiar.

How to tell if someone is spying our mobile

When there is a malware installed on the phone, whether for spying on facebook conversations or for stealing credentials, it is just an application that uses resources. This means, that the phone’s processor has to execute more tasks, there is an increase in mobile data usage and an increase in battery usage. When the processor and battery are used to the maximum, the phone’s temperature usually rises.

Spying software sends the information collected over the internet. Thus, the usage of mobile data doubles. These indications can tell us if our device is infected with malware.

Spying on the spies

The methods for dealing with spying are often the same as spying is executed using software. The first method is to check the applications that are installed on the device. Any application that is not installed by the owner must be considered suspicious.

If the software is presented as a system application in order to avoid being detected, an online search for certified system applications of the device can give us the answer. Otherwise it is necessary to reset the phone to factory settings. This will erase all data and the mobile will return to its original secure state. Generally, if the origin of a file, message or application is not known, we should immediately delete it from our device or not download it at all.

Article written by Themis Georgiadis, Software engineer with expertise in web technologies.
Find a version of the article in Greek here 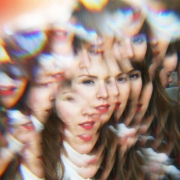 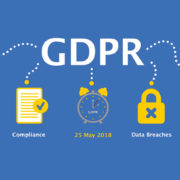 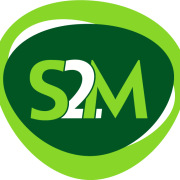 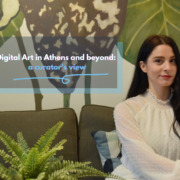 Digital Art in Athens and beyond: a curator’s view 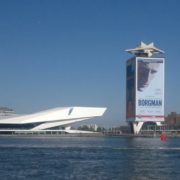 Project Update: Camerize’s whereabouts
Why Life in Athens is Attractive to Remote Workers?

COVID-19 and coworking in Athens
Scroll to top