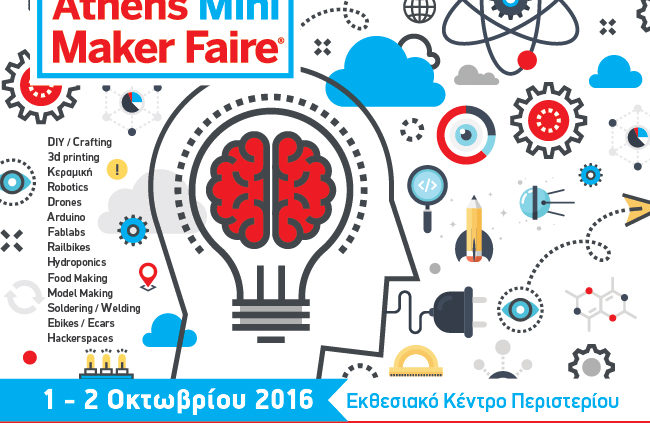 The mini makers faire is coming to Athens

On the 1st and 2nd of October, the first Mini Makers Faire in Athens will be held at the Exhibition Centre of Peristeri, from 10am to 8pm.

The Maker Faire started in California ten years ago. Since then, the Maker Fair has expanded to more than 120 cities all over the world. It is supported by MAKE the biggest magazine about making.

Stone Soup will be attending the event, don’t forget to drop by our booth to say hi!

What’s in for you?

You can see exhibits like patents, innovations and technological achievements from amateur makers and professionals. You can also participate in workshops and listen to talks.

But there is more

You can find DIY and recycled constructions.

You can find Robots based on Arduino and Raspberry Pi like Troopy and even the legendary R2D2, an exact replica made according to the design of Astromech.net! 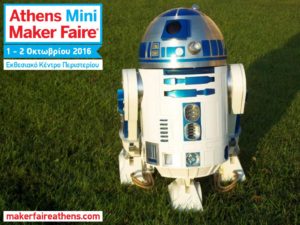 More things that you can see at the faire and get inspired are 3D Printers, DIY drones, Arduino, handmade bicycles, electric cars, modelling figures and e-growing plants.

Learn what railbiking is about and start your own home plantation with CityCrop an app that lets you plant vegetables, herbs, fruits, even flowers and check the growth of your them through your phone.

Get to know the Internet of Things where many small devices communicate wirelessly and create a large information sharing network and the Lora technology with which you can transmit small amounts of data over large distances.

Get your ticket now and attend the Mini Maker Faire Athens on October 1st and 2nd! 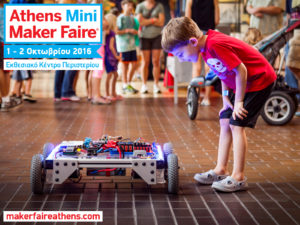 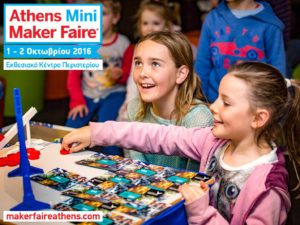 The biggest festival about making is here!
The Seats2meet experience