We talked to Daphne Xourafi this week and our conversation raised one daunting question.

Can you find work in Greece if you are a highly trained and skilled young professional?

The social and economic crisis has deeply affected the living conditions and opportunities in Greece, resulting in unemployment and a poor working environment. Human capital flight, or brain drain is usually described as a problem that needs to be solved.

However, there are benefits that can be derived from this process. The country can naturally profit when talented workers return with new competencies and carry the prospect to create better job possibilities for Greeks. Another phenomenon that also acts as a bridge between the Greek and the international scene is the attraction of foreign human capital. Professional nomads are not merely tourists but they come to Greece to start a new life. They spread a strongly desired global mindset by carrying professional, social and personal skills.

Usually, the returners and the nomads choose to shelter their activities in co-working spaces, like the creative hub Stone Soup, because of the limitless networking potential and the inspiration one such dynamic environment may offer.

The effects of brain drain are quite visible in our daily practice, but should we despair?

Daphne is a passionate and determined person driven by her passion and ambition to distinguish in her profession. She has a broad range of interests and skills that she acquired during her education or she was self-taught, such as illustration, concept and comic art and 2D & 3D animation and she is already acknowledged for her work in some of these. In 2017 she illustrated a children’s book written by Cleopatra Deliou, a lecturer of Athens University of Economics and Business, and she released her own comic in Comicdom Athens Convention called “Requiem in Deep Blue”.

Both experiences were very important to build her confidence as an artist and gain constructive feedback to help her improve creatively and to build her network. A few months after graduating, Daphne returned to Greece, while seeking positions worldwide, in concept ar 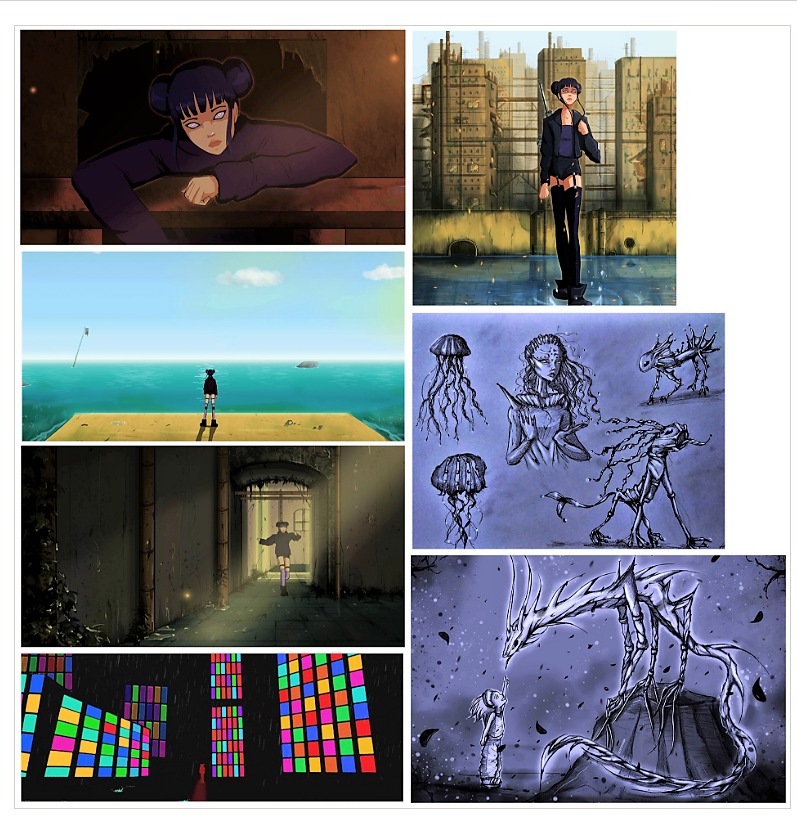 t, character design and animation, with the long-term plan to direct animation films. Asking for career advices she ended up at Stone Soup where she had the opportunity to network and to cowork on some freelance projects.

Daphne considers Stone Soup as an environment where global job possibilities come up all the time through getting to know all kinds of freelancers and you may find yourself committed in ongoing or future projects very naturally. Thus, she came to realisation that going abroad is not the only choice, because there are places for people to perform and network in an international setting in Greece too.

So if you are planning to leave Greece…

We hope we gave you enough reasons why you might want to drop by and check what is simmering for you here!

If interested you can reach here Daphne’s portfolio and LinkedIn profile.